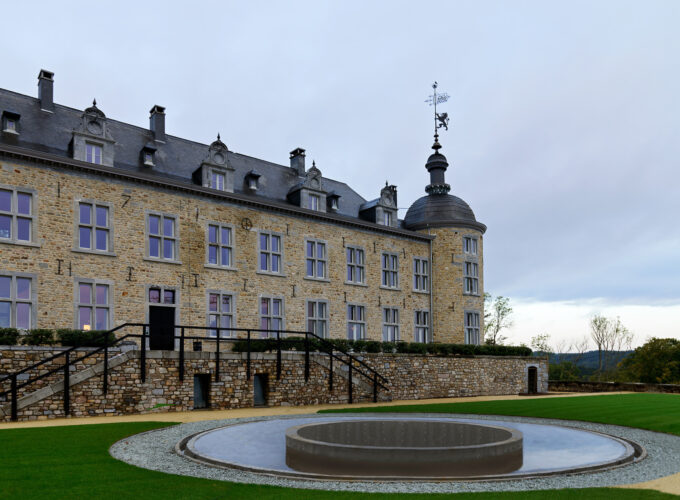 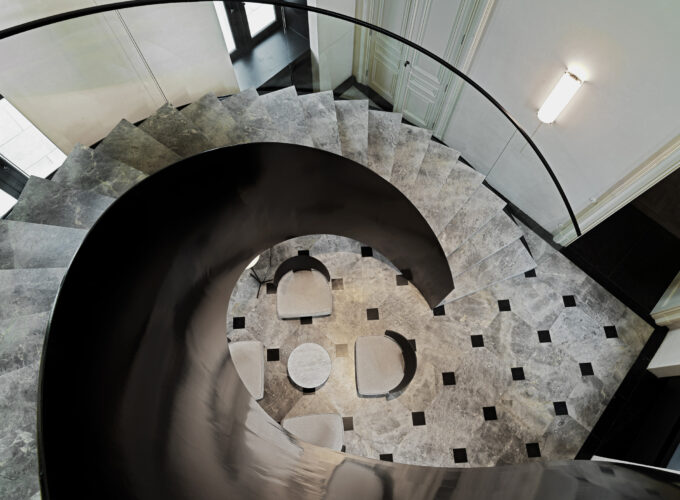 Château de Mirwart opened its doors in late August. Located deep in the forests of Saint Hubert, the château dates back to the Middle Ages. In 2015, the once grandiose monument was in a total state of disrepair. Today, the fortress of yesteryear includes a classy hotel, a gourmet restaurant, a banquet hall, several conference rooms and a luxury spa. And that is not all, because Château de Mirwart is more than a beautiful location for work and relaxation. It is an experience, a total experience.The Château de Mirwart boasts a rich, impressive history, dating back to the
Merovingians. Little of that history was visible when the current owner bought the building in 2015. After years of being abandoned, the castle had become dilapidated and vacant. Now, six years later, as much as possible of the spirit of the old castle has been revived, infused with modern elements, but with respect for the past.

‘Authenticity’ is therefore the key word around which the experience in and around the Château revolves. This authenticity is expressed in the emphasis on history, location, nature and the sustainable character of the concept, but also in the high-quality service and the way in which the senses are take centre stage across the board. Scents, colours, tastes and sensations are fully inspired by the natural location of the castle and what the estate has to offer. This is perhaps the greatest strength of Château de Mirwart: there is no need to create a story. The story is there, and it speaks volumes. 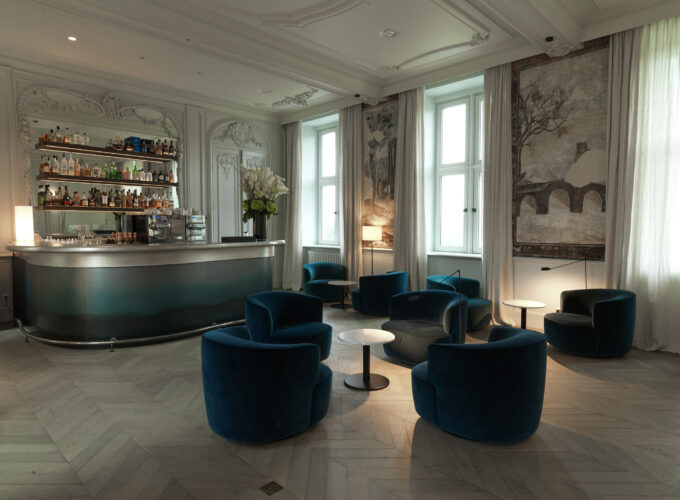 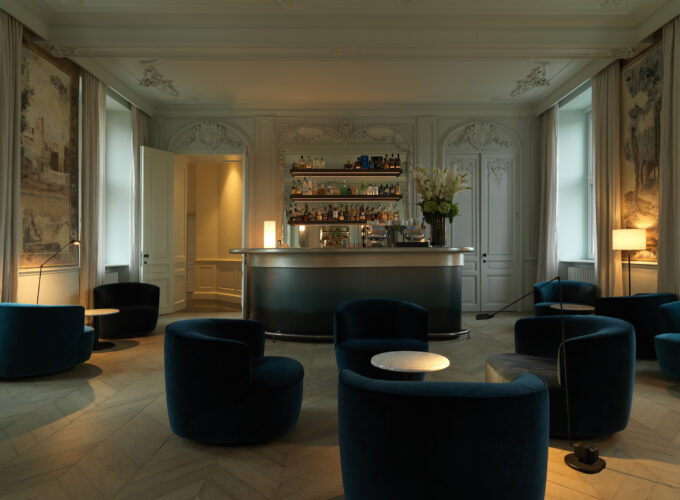 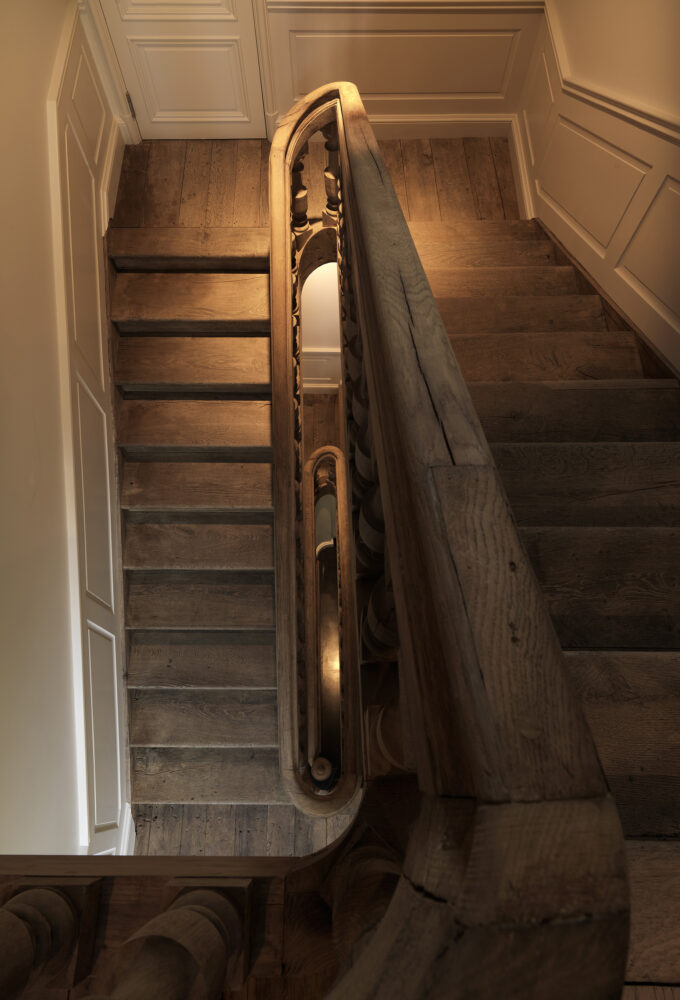 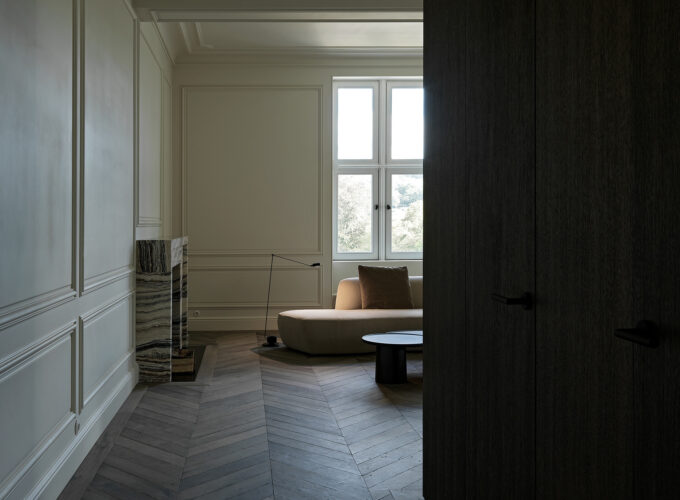 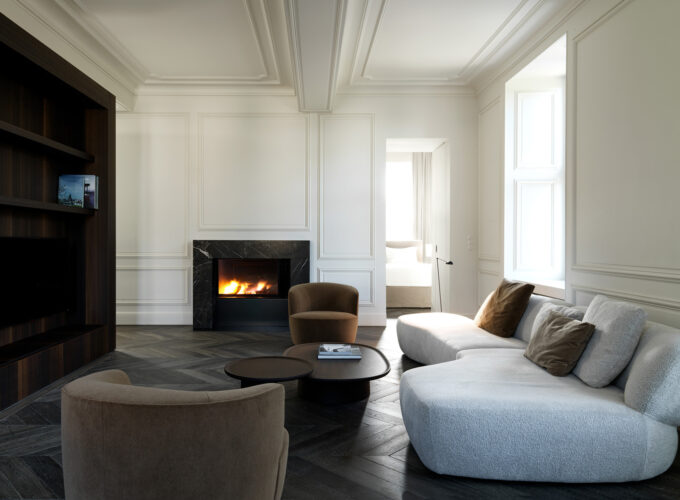 The castle building itself has 12 suites of varying sizes, ranging from 30 m² for the smallest double room to 240 m² for the ultra-luxurious Suite Impérial for 4 people. The former stables have been converted into 7 two-story lodges, each with two bedrooms. Also worth mentioning is the Tour de Dinant, the 16th-century defence tower, where history is still literally tangible in the authentic walls. All suites are finished to perfection, with the highest degree of comfort. Oak floors, marble bathrooms, a fireplace in every room, authentic elements everywhere you look. No two suites in the château are the same, but all have the same high level of comfort and finish. In the Château’s gastronomic restaurant, you will savour the cuisine of chef Pajtim Bajrami. 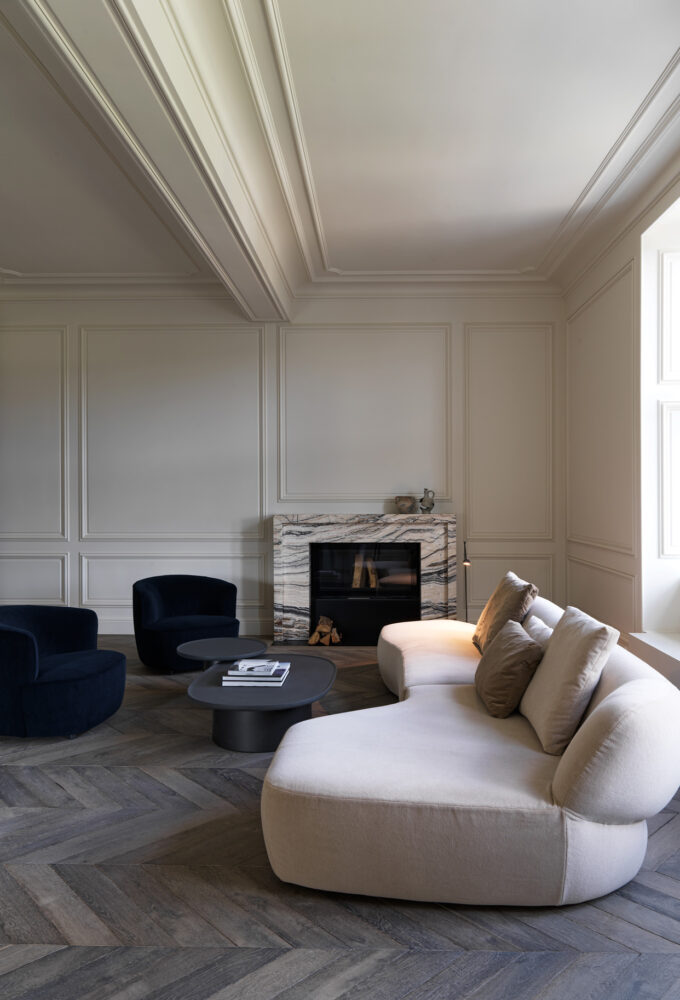 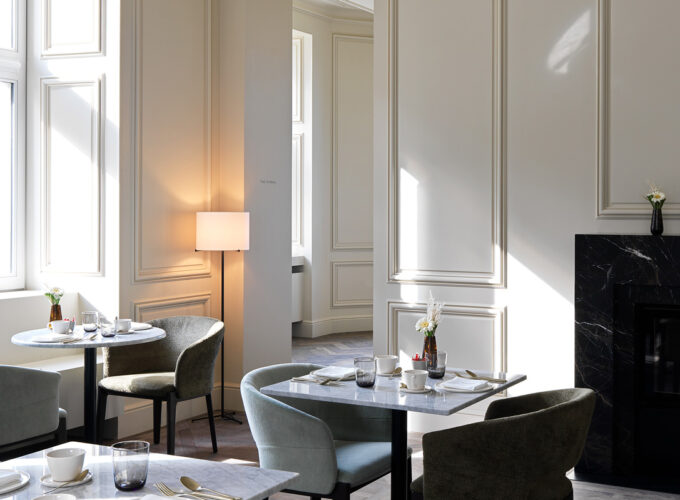 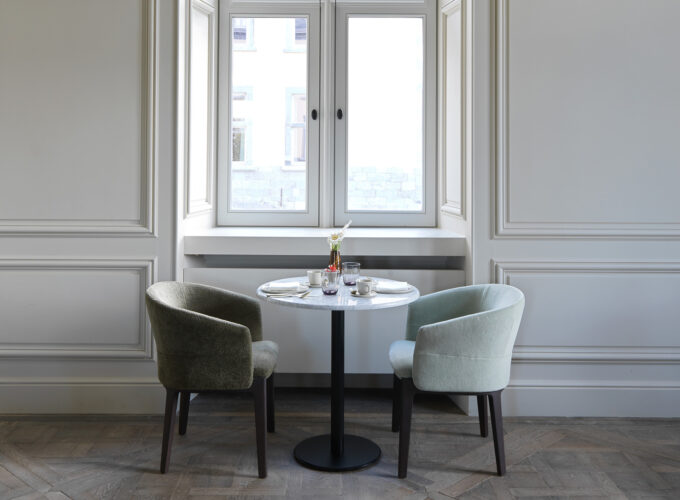 The Belgian with Kosovar roots was not yet thirty when he made his debut at Gault&Millau with a 15.5/20, an unprecedented achievement for a newcomer. He was also immediately awarded the title of ‘Discovery of Flanders’. The following year he did even better with 16/20 and if it is up to Pajtim, the end is not yet in sight. Today Bajrami is the beating heart of the gastronomic restaurant. He aims to make every dish a work of art, with colourful creations in enticing textures. To that end, he uses fresh, honest and, where possible, local ingredients. After all, Château de Mirwart also stands for authenticity on the culinary front.

Mirwart Castle was little known to the general public until recently, but that is not because of its history. The earliest roots of the castle go back to the beginning of the 8th century.

The castle has therefore had an impressive line of owners over the centuries. From Godfrey of Bouillon over Charles the Bold to the Dukes of Arenberg... All of them could call themselves ‘lord of Mirwart’ at one time or another. More recent owners include Aimé-Gabriel d’Artigues, founder of the Vonêche and Baccarat crystal works, and Jules Von der Becke, founder of the Red Star Line shipping company. According to some sources, Leopold I also temporarily made it his vacation home when he was just King of Belgium. 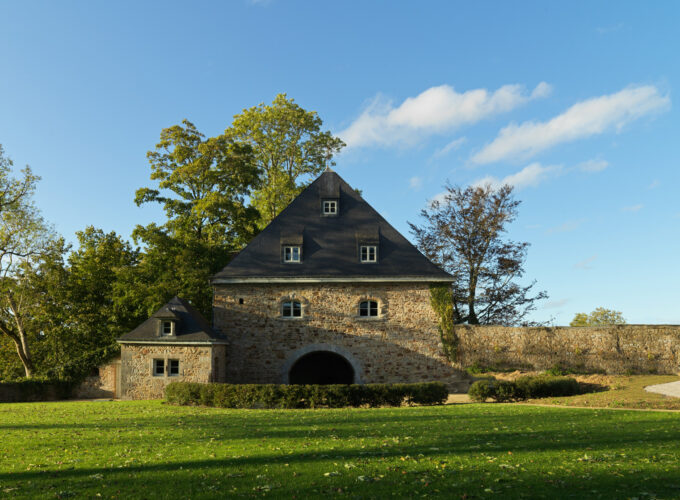 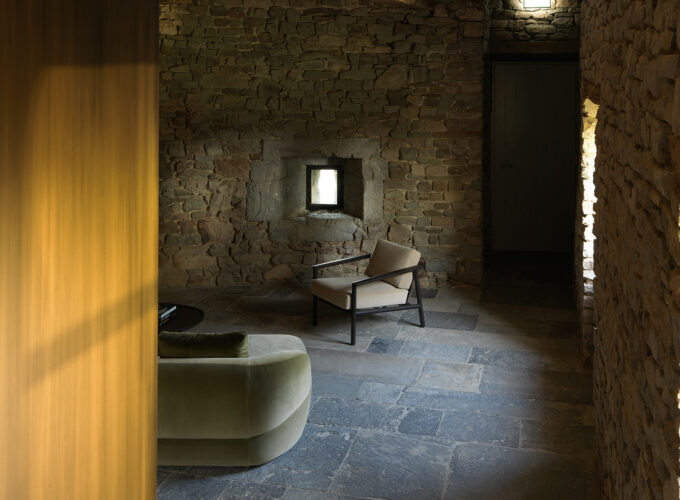 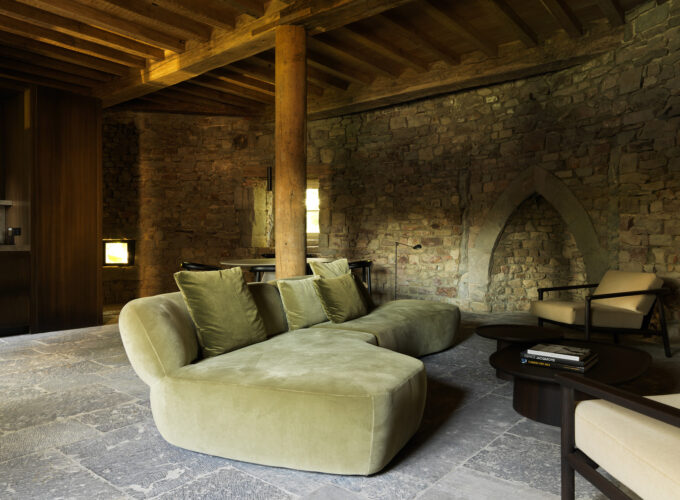 The castle has been destroyed and rebuilt several times due to various political, religious and legal disputes. The estate therefore contains the remains of almost every family that has owned it or resided there. The current owners have transformed the site into a place of rest, relaxation and regeneration in an oasis of greenery, starting from the rich history of the site and its inhabitants. Where possible, the authentic historical elements have been preserved. For example, the 13th-century underground zithers where part of the wellness is located today.

The castle in its present form dates from the early 18th century. It has undergone a number of changes over the centuries that followed, including at the hands of Alphose Balat, architect for the Belgian Royal Family. It is he who gave the site its current appearance. The restoration has not only honoured the history of the castle, but has also taken maximum account of local customs and habits. A striking example is the garden against the outer wall, where local vegetables and herbs will be grown as described in the handwritten recipe book of Josephine Tillieux, cook at the chateau in the 19th century. 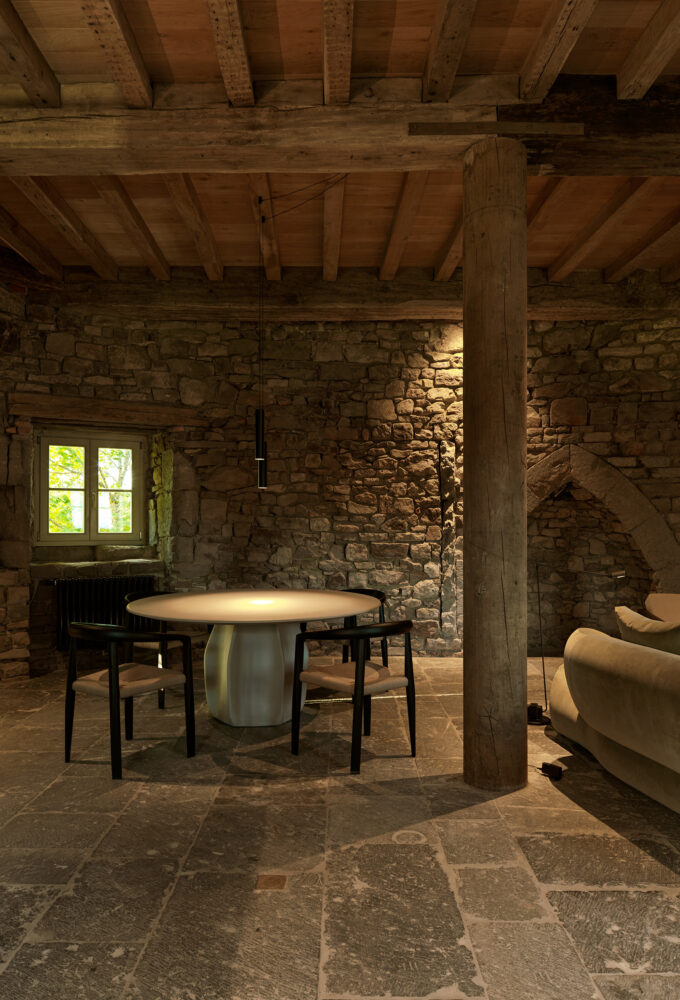 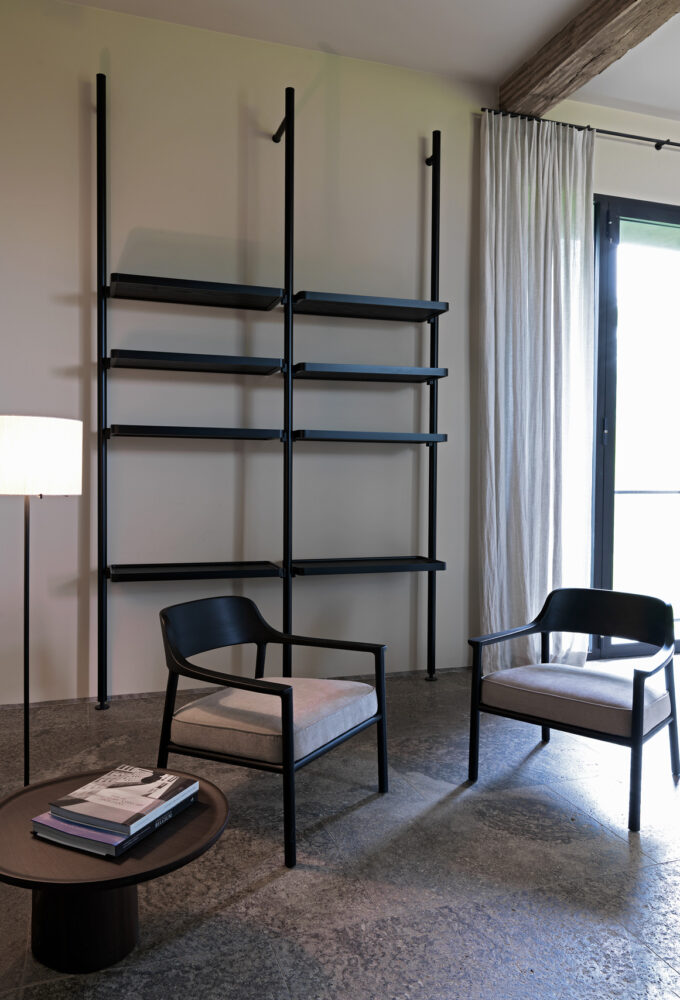 Molteni&C took part in this great project furnishing different areas of the castle, such as the Salon blue reception bar, the Salle Polyvalente, the Petit Salon, the restaurant and the billiard room, as well as the castle suites and the stable suites and dépendance. Interior spaces are enriched with pieces of the Molteni&C collection: the Lucas sofa, the Elain, the Walter and the Gillis armchairs, the Louisa coffee tables, the Hector library and the Adrien sideboard, all designed by Vincent Van Duysen. The interiors harmoniously integrate other iconic Molteni&C products: the D.859.1 table designed by Gio Ponti, the Surf sofa designed by Yabu Pushelberg, the Asterias table designed by Patricia Urquiola, the AVA table designed by Foster+Partners and the Devon chairs and armchairs designed by Rodolfo Dordoni.